First Tuesday was a loosely organized group of designers in NYC focused on the business of graphic design during a time of extreme change, to say the least, circa 1985–2003.

This photo was taken on the roof of 18 E 16th Street by Print Magazine for an article about First Tuesday published in 1988.

Participating designers missing from this photo include Tibor Kalman, Janice Fudyma and Craig Bernhardt who were involved right from the early years. 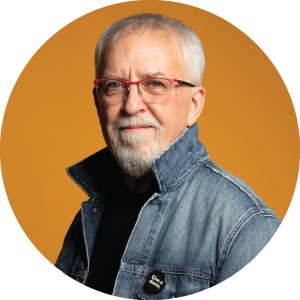 Howdy! I’m Rick, a brand expert and seasoned graphic designer in NY’s Hudson Valley. For more than 40 years I’ve been creating remarkable brand solutions for individuals, companies and nonprofits here and beyond.

I want people to understand why brand is essential to their business, share a few personal experiences, and explore what goes into a good (or bad) design.